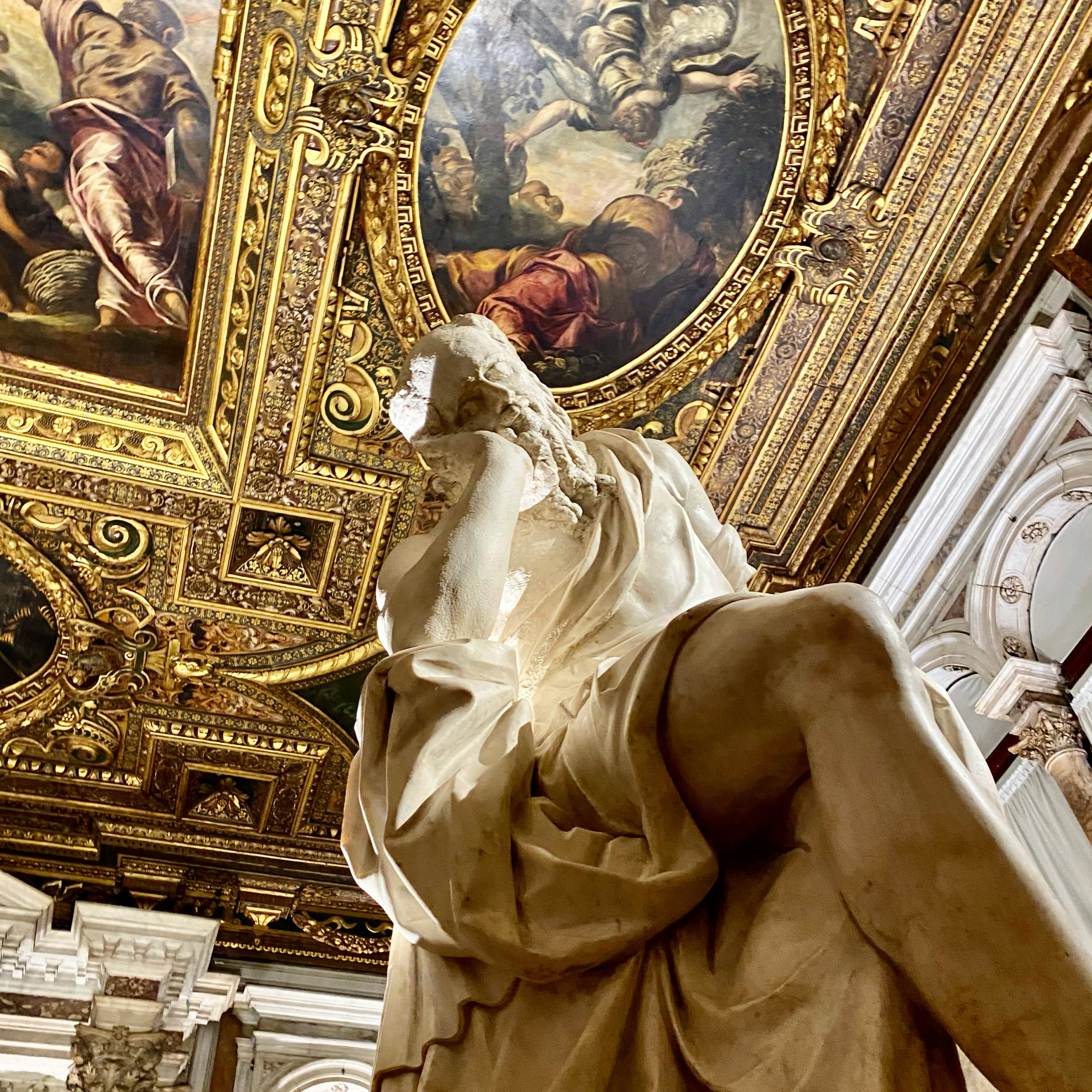 By Giordiana Losi 1 May 2021 No Comments

Enjoy a private guided tour of one of the most beautifully decorated and prominent buildings of Venice.

Located in the District of San Polo, The Scuola Grande di San Rocco was founded and established in 1478 as a Battuti school, and it was then elevated to a confraternity by Pope Pius VI. It was dedicated to Saint Roch, still celebrated each year on August 16th, who was enormously venerated as he was believed to offer protection against the plague, and whose remains had been in the possession of the brotherhood since 1485.

The decorations of this architectural two-story masterpiece were commissioned to Tintoretto in 1564, who worked on it for more than twenty years, painting his most celebrated pictorial cycle, with episodes from the New and the Old Testaments. But there are other must-see wonders hidden in this magnificent space: the Christ Portacroce and the Annunciation by Tiziano Vecellio, the two paintings representing Abraham and the Angels and Agar and Ishmael by Gianbattista Tiepolo, the baroque Staircase made by Giovanni Antonio Fiumani, Pietro Negri and Antonio Zanchi, and the Treasure Room with the reliquaries built by Giorgio Fossati.

Do not miss the opportunity to explore this wonderful temple of art, culture and devotion in an exclusive, tailor-made, guided visit with us!