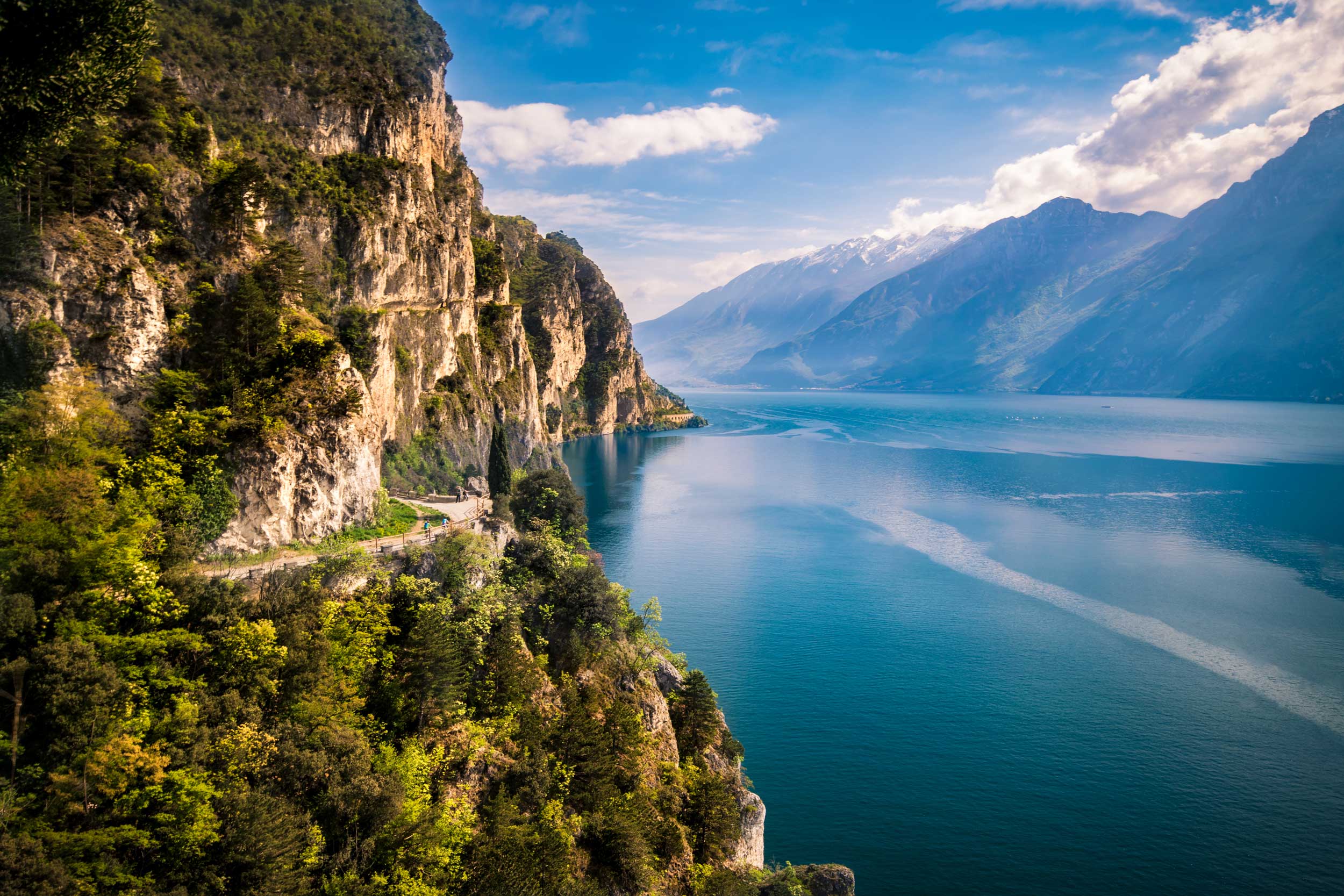 One unmissable guided tour in the city of lovers, Verona and the beautiful Lake Garda meeting with our driver in Piazzale Roma and transfer to Verona.

Part 1 – Verona Located in the region known as Veneto, on the banks of the Adige River and about 90 km from Venice, It is one of the most charming cities in Italy: the beautiful Verona. All in Verona reminds “Romeo and Juliet”. The novel created in 1520 by Luigi Da Porto (which had several later, to being William Shakespeare’s most famous), inspires the names of establishments and hotels. The city “lives” of the story of this love and is known as the “city of lovers”.

Part 2 – Lunch at Oseleta Michelin starred restaurant in Valpolicella area Part 3 After lunch transfer the Lago di Garda is the largest and most Mediterranean of Alpine lakes in Italy, with villages and small towns carved on its banks, each with beauty and different natural light. Located in the north between the regions of Trentino, Veneto and Lombardy, it was part of Austria-Hungary until 1918 and the scene of many episodes in Italian history. Sirmione is an ancient city, with first traces of human presence dating back to 5-6 BC was probably favorite resort for wealthy families of Verona, the main Roman city in northeastern Italy. During the late Roman period, It became a protection point on the south shore of the lake. One of his main cards is the Castello Scaligero di Sirmione, the 13th century, esemplo a fortified port used by the Scaligeri. Castello is the heart of Sirmione, and offers programs for everyone from ama- zing beaches – Lake beach, of course! up until delicious restaurants, amazing gelaterias and wonderful landscapes. It looks like a dream!